Sorry, now this web-server is under construction Old version of our site 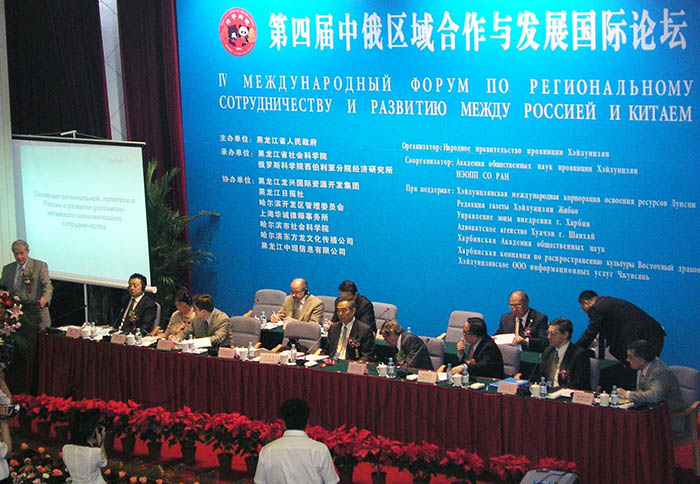 International scientific relations are important part of activities of the Institute of Economics and Industrial Engineering of SB RAS. As far back as in the soviet period the Institute was accomplishing the intensive cooperation with the scientists of different countries, and it was most fruitful in the field of the regional science. Here especially professor Mark Bandman, doctor of science in economics, deserves a special credit since due to his recognized international authority it was possible to establish efficient interaction with the scientists-regionalists from the USA, France, Germany and countries of the socialist block. On this base a whole set of Soviet-American, Soviet-Polish and Soviet-Bulgarian conferences and seminars on regional problems have been conducted, and that sufficiently promoted the reputation of the Institute in the international scientific community. Academician Alexander Granberg made a big contribution into arranging the international relations of the Institute, both within the scientific interaction in the field of mathematical modeling of economic processes with the leading scientists of the world, and also in the field of regional science.

After the break-up of the USSR, for strengthening the international relations of the Institute and in accordance with the Resolution of the Presidium of the Siberian Branch of the RAS, the Siberian International Center of Regional Studies has been created on the Institute’s base. It was registered as a legal body on May 12, 1992. Vyacheslav Seliverstov, deputy director of the Institute, doctor of science in economics, has become the director of the Center. The Center was an independent non-governmental, non-commercial organization, had the right of legal entity and had its own balance sheet, ruble and hard currency accounts in the Russian banks. The founders of the Center were represented by the Siberian Branch of the Russian Academy of Sciences (SB RAS) and the Ministry of Science, High School and Technical Policy of the Russian Federation. During the years of its existence (till 2008) the Center has accomplished the important joint projects with universities and scientific centers of the USA, Canada, Great Britain, France, Germany.

At present the Institute interacts with 23 foreign scientific organizations, i.e. research centers and universities of the European countries, the US, Canada, China, Japan, Southern Korea, Mongolia, countries of the post-soviet space. This cooperation is performed both within the inter-institutional programs and projects and also on the individual base, when the fellows of the Institute participate in foreign internship and in realization of individual or group grant projects. The Institute is a collective member of the International Association of Centers for Federalism Research. The leading fellows of the Institute are members of the editorial boards of foreign journals, academician Valery Kuleshov is an honorary professor of the Heilongjiang provincial Academy of social Sciences (China).

During the last ten years the Institute is a participant of the following international programs and projects:

Assistant to the Director on the International Relations Elena Kolobova,